Although the details of the minutes of discussions are yet to be available, the decision has been made to postpone the indefinite strike after the agreement arrived at the bipartite meeting to maintain status quo regarding merger of the establishment of RMS offices. Some specific cases will also be reviewed by the Directorate.

In our circle, Chief PMG will be requested to review the mail volume once again in those offices merged recently like Bandel and Barasat to ensure the agreement in spirit upto 10000 mails only would be merged.

Separate meetings will be held regarding other demands placed by the RMS & MMS unions.

The West Bengal Circle Unions congratulate all comrades for united preparation for success of the proposed strike. Please carefully follow up the proceedings as if the Directorate deviates from the agreement, we would have to jump in action with a short notice.
Our organisers will please note that all strike campaigning programs stand cancelled now, including memorandum to the Governor on 3rd December 2009.

At the call of the All India Postal JCA, a memorandum will be submitted to the Governor of West Bengal on 3rd December 2009. Copy of the memorandum is available at the NFPE blogsite (www.nfpe.blogspot.com).

According to the decision of all Circle Unions from the meeting of 26.11.2009, branch & divisional unions have been allotted with the required number of comrades to be present in the rally towards Rani Rasmoni Road, Kolkata. The rally will start from Yogayog Bhavan at 2:00 P.M. sharp.

The allotments are reiterated below for reference. Comrades are requested to employ maximum organisational force to make the program a huge success.

The Postal Coordination Committee (a body of all Circle Unions federated to NFPE in West Bengal) has declared, through its circular no. 5 dated 22.11.2009, the programs on the ensuing indefinite nationwide strike of RMS & MMS unions at the call of All India JCA from 15.12.2009. The programs are ---- 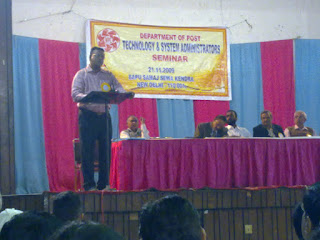 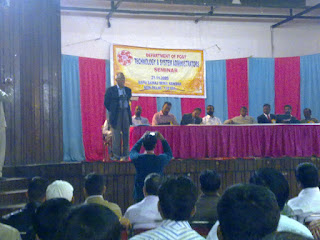 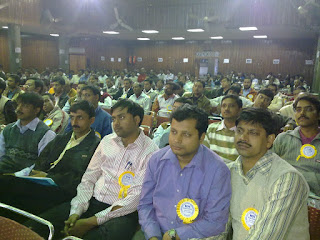 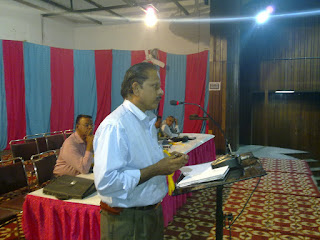 CIRCLE ADMINISTRATION RETREATS IN FRONT OF OUR UNITY

The Circle Office issued an order on 12.11.2009 to initiate disciplinary action against 12 Circle Office Bearers of RMS Group-C union for sitting in a hunger fast at the C.O. on 03.11.2009 protesting merger of RMS offices. The order itself excluded the names of two Circle Secretaries (R-III & R-IV), although they also participated in the program, to differentiate among the staff-side from within.

But all the Postal Circle Unions federated under NFPE reacted instantly and vehemently against the order and all the divisions and branches sent a savingram in unison to the Circle Head on 18.11.2009 demanding withdrawal of the order. On 19.11.2009, all the Branch and Divisional unions under Kolkata City gathered in huge number at the C.O. to serve the Circle Head an ultimatum of 24 hours to withdraw the order dated12.11.09 unconditionally. Simultaneously, all the Divisions of Postal and RMS unions, Administrative union, DA(P) and DPLI unions ensured that entire staff-side proceeds to a circle-wide 'WORK-TO-RULE' and 'NON-COOPEARTION' from 23.11.09 --- Monday. All comrades working as system assistants on their way to New Delhi to attend the Technology Seminar convened by NFPE were communicated and also took their preparation to participate in work to rule on coming back. The CHQ and the Federation leadership apprised the Directorate of the obstinacy of the Circle Head.

Finally, feeling the heat of the situation and the overpowering pressure of the staff-unity, the Circle Head withdrew the order in the evening of 19.11.2009.

Comrades, we watch this retreat as a victory of the postal workers' unity and congratulate you all for the timely reaction and instant retaliation. Keeping the inaction of the Circle Administration in view, we are calling upon you to get prepared with all seriousness as we have put the Circle Administration under one month's ultimatum since 12th November 2009. Already programs have been declared for January 2010 if there are no visible action in favour of the staffs. So let us get ready for a bigger struggle.

38 Comrades from our circle is participating in the ensuing seminar on 21.11.2009 at New Delhi organised by the Federation. System Administators, software developers, instructors and other comrades involved in various ways with the total computerisation project of the Department are starting their journey from West Bengal tomorow. Respective Divisional Unions are bearing the conveyance and delegation fees. The Circle Union is also contributing the Federation directly for organising the program.

The Circle Union will arrange an extended meeting of the Circle Computer Sub-Committee to share the experience of the seminar with all. The date will be declared later.