One mammoth Rally of delegate, visitors & prominent leader of postal movement took place. Slogan to save  postal service, filling up vacant post, secularism, against downsizing, price rising of essential commodities was raised in the Rally. Rally was honoured at many corner of path  by the local common people  and mass organisation of Burnpur.

One excellent Seminar on ‘Religion & Communalism’ was held on 18th November, 19 evening during the conference Com.  Somnath Bhattacharya, leader of CITU  spoke on the that topic and the audience was spell bound.
Com D. B. Mohanthy, GS, P4 (CHQ) and Com Panduranga Rao, GS, AIPEU GDS (NFPE) also addressed the Conference.
Divisional Secretary of 35 division along with other delegate took part on discussion of the agenda of organisational review, present problem of the Dept. Of Post , NPS, CSI & RICT, Problem of women employees, ensuing Nationwide Strike of 8th January’2020, Contributory Negligence , filling up vacancy of  GDS ,PA, Postman & MTS etc. Resolution was also adopted on different issue in the Conference.
After that Circle Secretaries of each cader Gr-C, Postman and MTS & GDS summed up the discussion.  They elaborately described each issue raised by the delegates and clarified the position of action taken by Circle Union. They thanked all leaders, Guests who attended the open session.

After that agenda items were got approved by the president one by one.

As per agenda election was held and  strong new set of  Circle Office Bearer committee  of each cader Gr-C, Postman and MTS & GDS was elected  unanimously  in the said Conference. 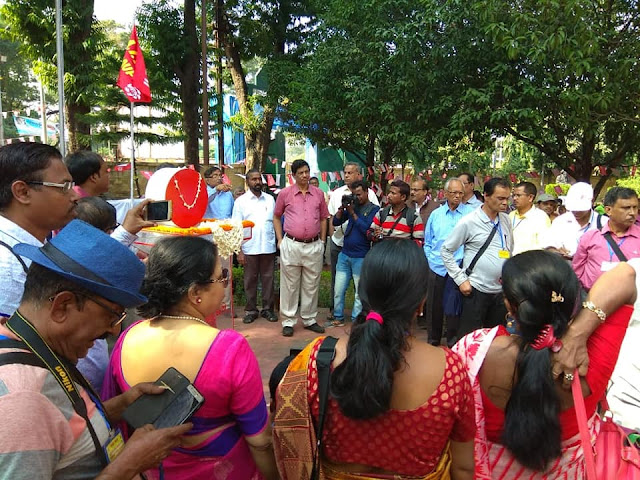 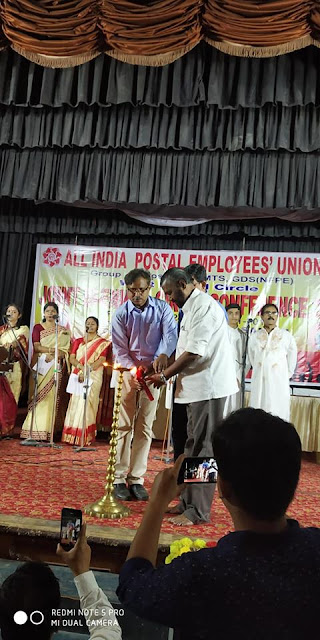 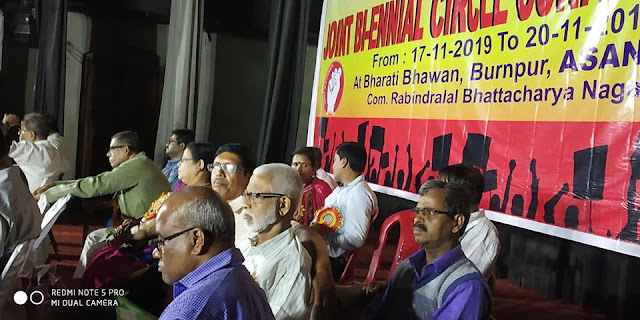 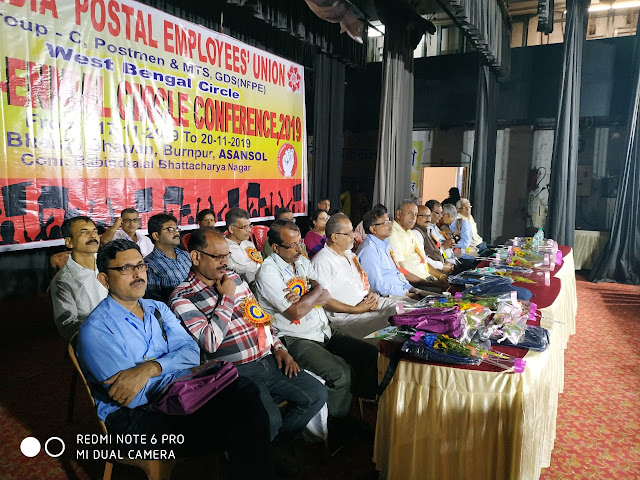 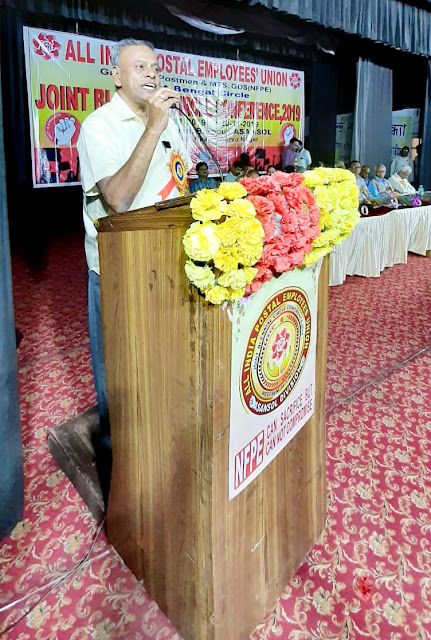 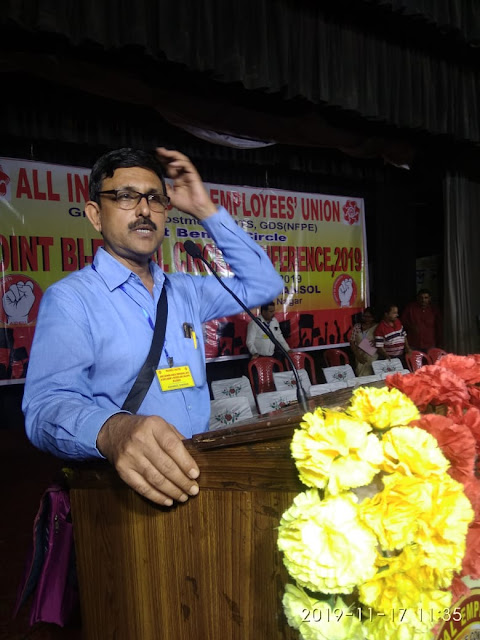 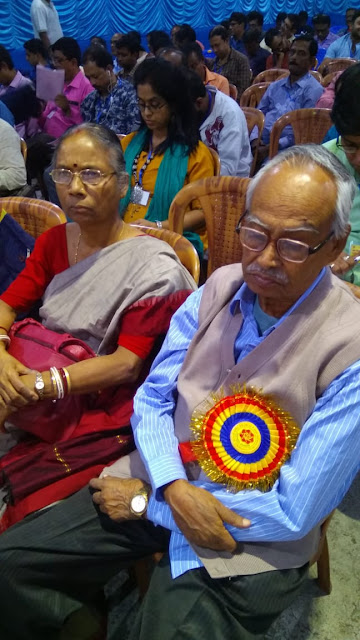 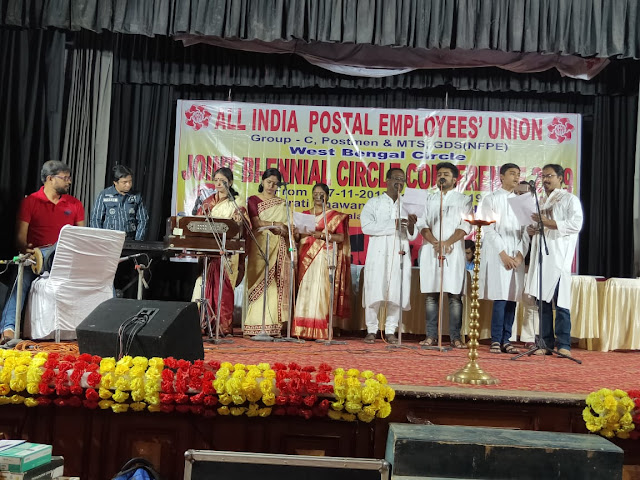 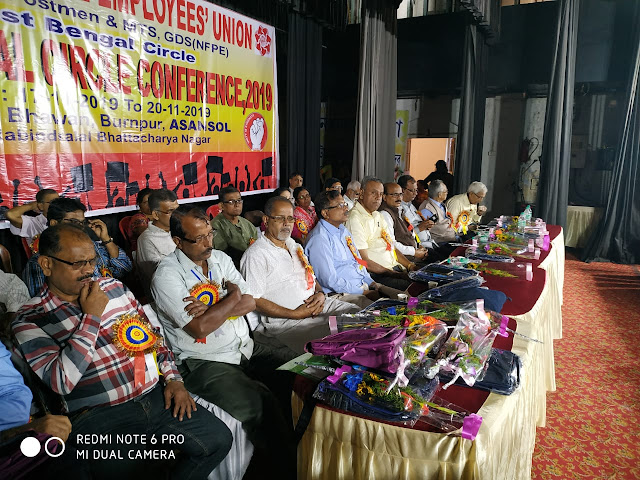 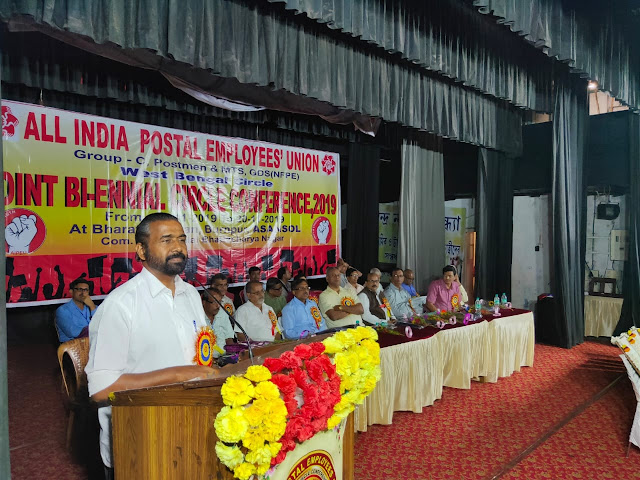