Postal & RMS employees in West Bengal Circle have made the 48-hours strike on 20-21 February 2013 a historic event in workers movement in India, despite physical attacks by political goons, aggression of State Govt and Police, consistent opposition by maximum media and also combating the ambiguous stand and double standard of other circle-level organisation in the department ignoring instruction of the Central JCA and respective CHQ. The NFPE Group of Circle Unions congratulates the employees of this Circle who have participated in this two-days strike irrespective of colours and at some places, even ignoring threats and instruction of external powers.

As news are still flowing in, reporting assessment of the strike cannot be blogged now. Detailed report will be given ASAP.

The Circle Unions deeply mourn the cold-blooded murder of Comrade Narender Singh, Treasurer of local AITUC organisation at Ambala Bus Depot, while participating in the strike. The memory of his supreme sacrifice will keep inspiring us forever.

A general body meeting of postmaster cadre, WB circle was held at Tarapada Memorial Hall on 05.02.13 at 1730 hrs. Comrades of Postmaster Cadre of Kolkata and neighbouring Divisions and leadship of Circle Union attended there. Seceretary General of NFPE, Com. M.Krishnan, AGS Com. Parashar and GS of R-III, Com. Giriraj Singh were also present in the meeting. Com G.D.Maity and Com. Munshi S.Islam presided over the meeting jointly. Com. J.Majumder, CS, WB Circle initiated the meeting and he said that Circle Union wrote a letter to Ch.PMG for preparation of Circle gradation list of this cadre. Convenor, Com. A.Bhattacharya and VP, Com. A.Kundu elaborated the problems of this cadre for which disappointment among the comrades arose and they placed our views and demands in writing to Com. Krishnan to address the problems at appropriate levels as early as possible.

Com. Krishnan gave an eloquent speech on the subject and he told that Federation is well aware of these problems and has already pursued the matter with Postal Directorate espicially on 1)for permission to appear in IOP/PS Gr.B, and  2)for officiating arrangement in HSG-I posts etc. He told that HSG-I recruitment Rules will be finalised very shortly overcoming all the hazards. All other problems will pursued after joining of new DG(P). NFPE is committed to fight over the problems of this cadre till solution. If necessary, agitation programmes will be organised after  discussing in the next AIC which is to be held in Kerala. Formation of Postmaster Sub Committtee in all India level alike WB Circle will be examined in AIC invariably. He invited all the members of this cadre to participate in the coming strike on 20th and 21st Feb 2013. Comrades in the meeting agreed to make the strike a prolific success. Com. Janardan Majumder concluded that the problems of Circle levels will be pursued with the Circle administration and he assured to organise the next sub committee meeting after the AIC.
Posted by AIPEU Group 'C' WB Circle at 7:15 PM No comments:

Circle Council meeting of AIPEU Gr-C, W. B. Circle jointly with Working committee meeting of AIPEU, Postmen &  MSE/Gr-D and extended Working committee meeting of GDS (NFPE) held successfully on 9-10Feb’13 in Malda Division. Thanks to our Comrades/members of Malda Division for sincere and delicate arrangement of the meeting.
Presidium comprising Tapan Dasgupta, President, Gr-C, Jaharlal Pramanik, President, P-IV and Saifuddin Ahmed, President, GDS(NFPE) presided over the meeting. After hoisting the Red Flag and garlanding the Martyr’s Column, meeting started in time. Before that, a rally well decorated with Red flags/festoons/banners marched the town areas with popular slogans of ensuing strike.
Circle Secretaries placed the work paper before the meeting. Divisional Secretaries / Representatives/ Comrades of branch/ divisional union took part in discussions. Mainly, Strike review (12Dec’12), preparation on ensuing Strike Strike (20-21 Feb’13), Membership Verification and our role, financial review, Role of branch/ division/Circle Union, Role of administration at different levels, various problems on cadre were discussed with extreme seriousness. 55 comrades took part in discussion. Circle Secretaries placed their answering speech and cleared all the points raised by the comrades. Finally, on behalf of the Presidium, Com. Tapan Dasgupta delivered his concluding speech and made earnest appeal to all branch/divisions to come forward with more courage, sincerity and conviction to make ensuing strike a grand success and also to strengthen our organization. In our joint meeting, Com. Shib Sankar Roy, Convener, 12 JULY Committee, also addressed the meeting. He advised to strengthen our organization and also to build up united struggle against new liberal policies of central government.


-:PROGRAMME AS ADOPTED IN OUR JOINT MEETING:-
1.      Success ensuing Strike (20-21 Feb’13) with all seriousness. Highlight/CARE FOR intense campaign programme for strike. Take part in all programme taken by CGCC, 12 July Committee towards strike.

3.      Women convention will be held shortly before Circle Conference.
4.      Circle Conference (2013) will be held on and from 27-30 Oct’13 in Central Kolkata Division (including Park Street H.O.). Open session will be held  at Mahajati Sadan on 27 Oct’13.
5.      Branch/ Divisional conference must be held everywhere before Circle Conference, Please follow the guidelines in this regard. For inaugurators / speakers of branch / divisional conference, respective Circle Union must be approached first. In no circumstances leadership should be approached directly.
6.      Join ensuing All India Conferences including conference of  GDS NFPE and SBCO with maximum strength in form of delegates entitled and observers.
7.    Demonstratic programme will be held at Silliguri on 25 Feb'13 under the banner of Circle Union on problems of all division under North Bengal and Sikkim Region. Before that  such type of programme under the banner of divisional union will be held on 14 Feb'13 in all divisions of Sikkim Region on local issues and resolutions will be send to respective PMG, DPS and SSPO/SPO with copy to circle union. Such type of programme will be held at circle level in due course of time.

With vote of thanks to chairs, meeting ended at 7 PM on 10 Feb’2013. In all respects, this joint meeting was a grand success. 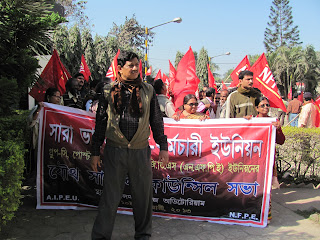 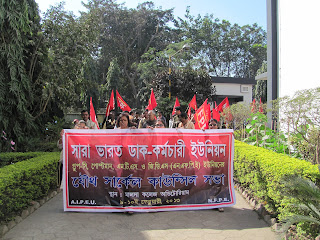 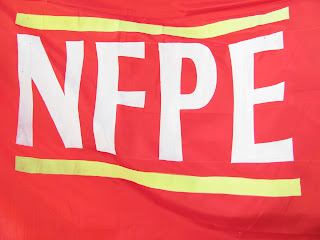 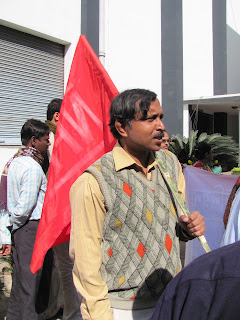 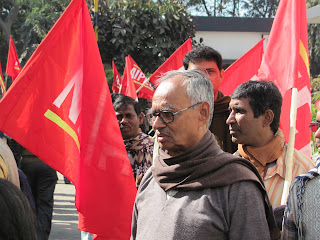 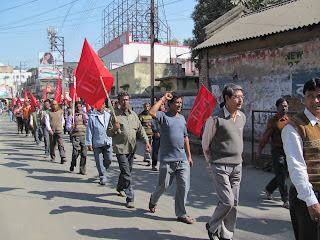 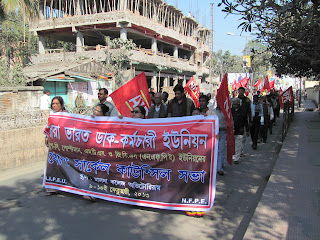 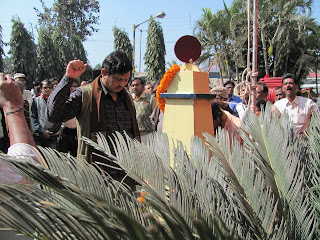 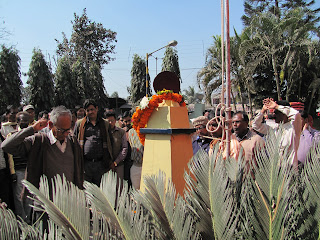 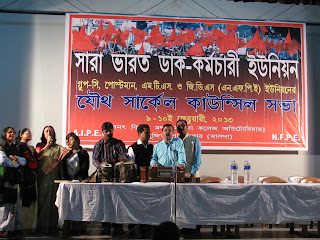 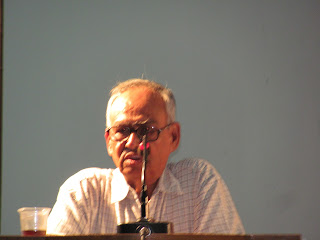 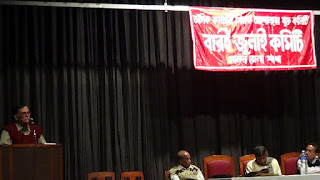 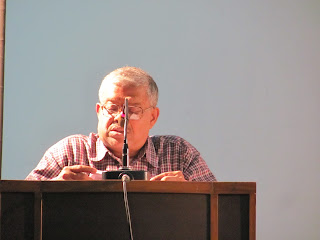 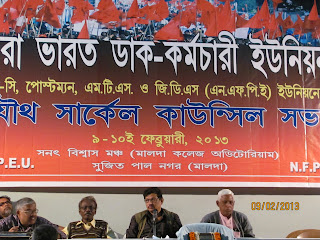 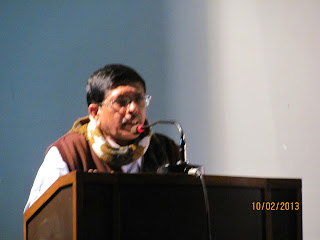 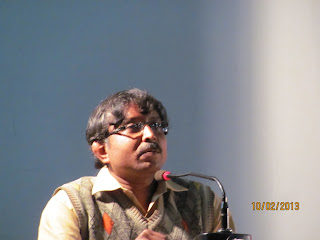 Thanking you,
Yours faithfully,
Posted by AIPEU Group 'C' WB Circle at 10:23 PM No comments: 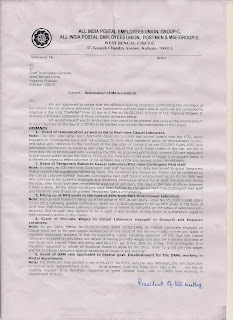 Kindly recall the discussions this union had with you today over phone on the above issue. Now, for your passionate look and consideration we would like to draw your kind attention to the following irregularities and partial activities as depicted from the recent tenure transfer memo ( No:B3/Posting/D.Dn dated 29.01.2013)issued by the concerned authority.

In the memo 8(eight) members ( Sri Sitendra Nath Sarkar, Abbasuddin Miah, Molay Ghosh, Samaresh Ch. Saha, Deepanjan Das, Bholanath Das, Siratan Ram Chowdhury & Bikash Sarkar ) of our organization(NFPE) have been thrown out of their residences completely ignoring their options for tenure-transfer. Here, the point of favoritism comes true when it reveals that even not a single member of FNPO has been touched for transfer outside their residential area. Actually we are not against any employee, but at the same time administration at all level should never be inclined to a particular organization bypassing the stipulated rules and regulation.

One Sri Utpal Kumar Dutta , SPM, Itahar SO has been transferred to SPM, Rashbehari Market SO at his choice. Actually the official was once transferred to Itahar SO  by previous Supdt. in the middle of last year due to his misbehavior with Divisional Supdt. and dereliction of duty. The official was charged sheeted and even punished. Moreover, he has not yet completed even one year as SPM, Itahar S.O. It is surprising to note that such a guilty has been considered prize posting at his choice. We are in dark to realize  which has provoked the present Divisional Supdt. to take such a biased action in favour of the guilty official.
Sri Siratan Ram Choudhury, SPM, Rampur was transferred by previous tenure transfer memo from Bunjadpur SO and he has been working there for last one year. The official, suffering from various ailments is due to retire in next year (30.06.2014). Now in present memo, the concerned official has been transferred to Itahar S.O, which is 110 kms away from Rampur S.O. This would not be out of place to mention here that Rampur S.O is situated in South Dinajpur Dist. while Itahar S.O is situated in Uttar Dinajpur. Is it not a mental torture to Sri Choudhury particularly when there is clear provision of Dte that retiring official should not be disturbed in shape of inconvenient posting ? Not only that, this type of transfer will invoke financial implication inform of TA / Transit etc, which is also violation of Dte’s instruction.

It is seen that office interests have also not been looked into in proper way. For example, Ratan Krishna Roy, ASPM, Raiganj MDG who is yet to complete his tenure has been ordered for transfer to Debinagar S.O, which is against the interest of Raiganj MDG. Shri Roy, the senior most official is working there efficiently. Is it not a clear case of threatening to self restraint of a senior official ? Perhaps the transfer order has been issued to please somebody connected with FNPO group without taking into account of the interest of the office.
Examples are many, a few has been illustrated here. It is apprehended that the transfer memo has been guided by personal likes and dislikes and also dictated by interested lobbies. And also the present  Supdt. of Dinajpur Division has failed to maintain his official integrity for reasons best know to him. More over while issuing such illegal memo he has chosen such a time when our Divisional union has no scope to put forward their grievances as already the Supdt. has moved outside the head quarter for a training.

We therefore, urge upon you to intervene into this matter personally and issue necessary instructions to the competent authority for immediate modification of all the irregularities / favoritism contained in the memo. And till then, we also request you to issue instructions to keep the above memo in abeyance.

A line in reply taking necessary action will be highly appreciated.

Thanking you,
Yours faithfully,