THE POSTAL COORDINATION COMMITTEE and CGCC HAS DECLARED SET OF PROGRAMS TO BE OBSERVED IN SUPPORT OF THE ALL BENGAL CONTRACTUAL & NON-REGULAR WORKERS' TOKEN STRIKE (STRIKE OF PART-TIME & DRM WORKERS IN OUR DEPARTMENT) ON 12th FEBRUARY 2010, AT THE CALL OF CENTRAL TRADE UNIONS, 12th JULY COMMITTEE and NFPE. THE PROGRAMS ARE :


All Leaders, activists and members of our organisation are requested to take the proposed strike as the highest priority of the moment and employ maximum efforts for wide propaganda and success of the strike.

STRIKE OF PART-TIME and CONTINGENT-PAID WORKERS IN DEPARTMENT OF POSTS IN WEST BENGAL WILL BE ORGANISED ON 12th FEBRUARY 2010, AS A PART OF ALL BENGAL TOKEN STRIKE OF CONTRACTUAL & NON-REGULAR WORKERS AT THE CALL OF CENTRAL TRADE UNIONS, 12th JULY COMMITTEE & NFPE, IN THE DEMANDS OF LEGITIMATE WAGE, SOCIAL SECURITY & OTHER SERVICE BENEFITS, ACTION AGAINST VIOLATORS OF LABOUR LAWS ETC.

In our department, the full charter of demands are:

Strike Notice has been served to all local authorities for observing the strike. Programs given by Postal Coordination Committee through Circular no. 6 dated 19.01.2010 should be sincerely followed by our organisers.

THE CIRCLE CONFERENCE OF ALL INDIA ASSOCIATION OF INSPECTORS & ASSTT. SUPDT. OF P.O.s , WEST BENGAL CIRCLE, HAS BEEN HELD AT RAMGOPAL MANCHA, HOWRAH, ON 24th JANUARY 2010.

The conference has elected a new committee for the coming 2 years. The members of the committee are:

Group-C Circle Union congratulates the newly elected committee and expects that we shall move forward with cordial relationship as per our tradition for the interest of the staffs and the Department.

COMRADE JYOTI BASU IS NO MORE 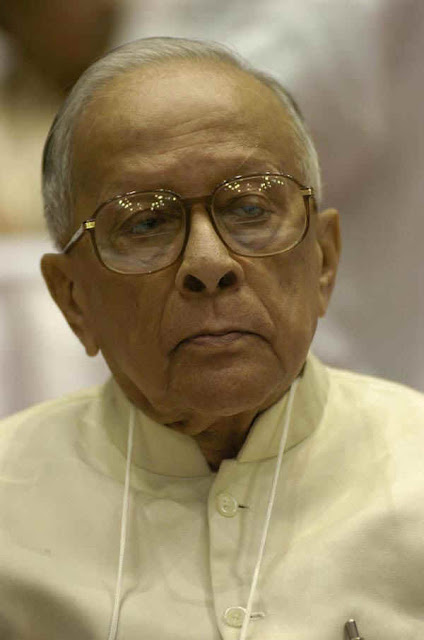 COMRADE  JYOTI  BASU HAS PASSED AWAY. THE GREAT LEADER OF THE WORKING CLASS AND ONE OF THE PIONEERS OF THE LEFT-DEMOCRATIC MOVEMENTS IN INDIA HAS BREATHED HIS LAST AT 11:47 HOURS AT A.M.R.I. HOSPITAL, SALT LAKE, KOLKATA.

PEOPLE AND LEADERS OF THE ENTIRE COUNTRY IS MOURNING THE DEMISE OF COMRADE JYOTI BASU.

THE POSTAL COORDINATION COMMITTEE COMPRISING OF NFPE GROUP OF CIRCLE UNIONS IN WEST BENGAL HAS ISSUED A CONDOLENCE MESSAGE ON DEATH OF THE REVERED LEADER  :

THE POSTAL COORDINATION COMMITTEE OF NFPE GROUP OF POSTAL CIRCLE UNIONS INCLUDING ED UNIONS IN WEST BENGAL EXPRESSES DEEPEST  CONDOLENCE OVER THE DEMISE OF THE GREAT LEADER OF THE WORKING CLASS COMRADE JYOTI BASU. FOR MORE THAN SEVEN DECADES HE DEDICATED HIMSELF FOR THE CAUSE OF THE WORKING CLASS AND TO ESTABLISH THE RIGHTS OF EQUALITY FOR THE POOR. THE DIRECTION OF HIS POLITICS AND THE PRIORITY OF THE GOVERNMENT LED BY HIM IN WEST BENGAL WAS FOR BETTERMENT OF THE  POOR.
THE POSTAL COORDINATION COMMITTEE GRATEFULLY REMEMBERS THE INVOLVEMENT AND THE HELP EXTENDED BY COMRADE JYOTI BASU TOWARDS OUR JUSTIFIED AND LEGITIMATE MOVEMENTS ON NUMEROUS OCCASIONS. THE POSTAL COORDINATION COMMITTEE HOLDS THAT THE TRADE UNION MOVEMENT OF THE COUNTRY WILL REMAIN EVER GRATEFUL TO HIS CONTRIBUTIONS AND WILL TAKE INSPIRATIONS FROM HIM IN COMING DAYS.

THE POSTAL COORDINATION COMMITTEE PAYS HOMAGE TO THE MEMORY OF LATE COMRADE JYOTI BASU AND CONVEYS SINCERE SYMPATHY TO HIS BEREAVED FAMILY AND COMPATRIOTS. THE COUNTRY WILL REMEMBER HIM WITH FONDNESS FOR EVER.

THE GROUP - C (CHQ)  MOURNS OVER THE PASSING AWAY OF THE GREAT LEADER. ON BEHALF OF THE CHQ, COMRADE K.V.SRIDHARAN, GENERAL SECRETARY, HAS ISSUED A CONDOLENCE MESSAGE :

WEST BENGAL CIRCLE UNIONS REMEMBERS THE CONTRIBUTIONS OF COMRADE JYOTI BASU FOR THE POOR AND THE OPPRESSED IN INDIA AND PAYS DEEP HOMAGE TO HIM.

THE FLAG OF THE ORGANISATION WILL REMAIN HALF-MAST AT ALL UNION OFFICES IN MEMORY OF COMRADE JYOTI BASU.

IN ANOTHER INSTANCE OF POLITICAL BRUTALITY PRESENTLY REIGNING IN WEST BENGAL BY  THE  REACTIONARY FORCES,  OUR ONE MORE COMRADE HAS BEEN ATTACKED YESTERDAY IN BARASAT.

After disembarking the bus at about 8 P.M., just a few minutes to reach their home, they were attacked by armed political miscreants and violently battered. Police came about midnight and somehow managed to rescue the injured couple from their home and send them for treatment. Com. Yasmin has been released after primary treatment, but bruised Com. Abdus Samad has been moved to Barasat District Hospital in requirement of critical care.

Com. Khaleda Yasmin is also the 'Karmadhakshya' of 'Ban-o-Bhumisanskar Samiti' of Barasat-2 Panchayet Samiti and her role has frustrated the oblique intentions of political opposition. She was threatened few days back to resign from her posts or face dire consequences. As the dedicated and bold family did not bow down in front of the pressure, the forces of anarchy and reactions became aggressive to kill them.


We do not have sufficient words to  condemn these miscreants and their political patrons in West Bengal.

THE CIRCLE ZONAL COMMITTEE MEETING OF HOWRAH ZONE HAS BEEN HELD SUCCESSFULLY AT TARAKESWAR P.O. ON 10th JANUARY 2010.

Representatives of all the 5 divisions of the zone ---- Howrah, South Hooghly, North Hooghly, Burdwan and Asansol ---- were present in the meeting, but none appeared from the Group-C leadership of Howrah & Asansol divisions. From Circle Unions, all Circle Secretaries were present accompanied by Com. Debajyoti Gupta, Com. Asim Deb, Com. Uttam Pal and Com. Sibsankar Roy (of Part-time Union).

The discussion of the meeting was lively and effective. Divisional Secretaries highlighted different problems of the divisions and in-depth discussion had taken place in respect of them. Also a proposal had been adopted for further consideration by Circle Working Committee to hold the zonal committee meetings every four months.

The Circle Union representatives have taken an account of the necessary points which would be taken up appropriately from the Circle Unions. The Circle Secretaries also spoke in the meeting to set the directives for future course of our actions.

On 17th January 2010, next Sunday, zonal committee meeting of Presidency Zone is ensuing.

THE NFPE GROUP OF CIRCLE UNIONS  HELD THE  FOUR-MONTHLY MEETING WITH THE CHIEF POSTMASTER GENERAL ON 6TH JANUARY 2010.

After the mutual discussion on 17th December 2009, it was the understanding that the four-monthly meeting would be mainly focussed on the 14-point charter of demands placed by the Circle Unions. On behalf of the Group-C Circle Union, Com. Tapan Dasgupta, President, Com. Janardan Majumdar, Circle Secretary and Com. Somnath Mukherjee, Vice-President, Circle Union & Deputy G.S. (CHQ) attended the meeting.

At the onset, the Circle Unions made it clear that time has come to get some results from such meetings rather than observing courtesy or formality. It has also been demanded that as the DA(P) Union is now federated to NFPE, they should also be invited in the four-monthly meeting with NFPE Group of Circle Unions. The Ch PMG agreed to it. Itemwise discussion also took place but could not be in exhaustive shape as the regional PMGs were not present. It has been informed to the Ch PMG that traditionally, the regional PMGs were always present in four-monthly meetings to have in-depth discussions. She has been requested to make such arrangements in future.


Emphasis has been given on the issue of requent attacks on RMS Circle & Divl Union leaderships and all the unions warned the inevitable fate it would produce.The matter of Residual Vacancy also discussed over a considerable period.

The anarchy and humiliation of the staffs by the local administration at Project Arrow offices and the malpractices & manipulations to elevate the KPI score through D.E.T. have been discussed elaborately. 14 Divisions in the Circle sent exhaustive note on the subject to the Circle Union with categorical instances where illegal and malafide ways are being adopted, viz., scanning white papers or papers written 'SS wanting' instead of signatures, closing and opening of fictitious bags, non-entering accountable articles before delivery, showing speed post articles as dispatched etc. have been condemned. The Ch PMG has been informed in candid words that the Circle Unions are going to issue organisational instruction to all divisions not to perform any work unless ordered in writing by appropriate authority. The situation in which the System Assistants are working and their position have also been placed thoroughly, especially in the perspective of frequent cases where DET software would not run properly for reasons beyond correction in the local levels. A surprising  instance in Dinajpur Division was also cited where a Siliguri-based company, 'M/S Prabir & Subir', was blacklisted in NB Region three years back, but given assignment again this year.

The Ch PMG agreed to the problems of the System Assistants and assures to take some measures to  ease their work-environment, but did not completely accept the facts of irregularities in Project Arrow Offices. Rather she sought for some facts and statistics. The Circle Unions know beyond doubt her personal influence in these malpractices like bag closing & opening, putting unwarranted remarks on articles etc. and will shortly submit a detailed note with further incorporation of information from the Divisional Secretaries.

Although the next four-monthly meeting is supposed to be held after four months, due to requirement of the situation and nature of the problems, it has been decided that the meeting will continue on some date next month. Meanwhile, the Circle Zonal Committee meetings will also start to take place.

So, all our leaders, organisers, System Assistant comrades are requested to keep in touch and inform the Circle Union regarding all relevant information.

Venue of the Circle Zonal Committee Meeting of the Howrah Zone is changed. The meeting will take place at Tarakeswar P.O. premises. Date and time of the meeting will remain unchanged. The host division (South Hooghly) will issue separate invitation letter having details of train timings and other means of communication.

Circle Secretary may be contacted in this regard if required.
Posted by AIPEU Group 'C' WB Circle at 10:40 PM No comments:

Branch and Divisional Secretaries are requested to take a note of the following proforma and please submit it to the Circle Union during respective Zonal Meetings.