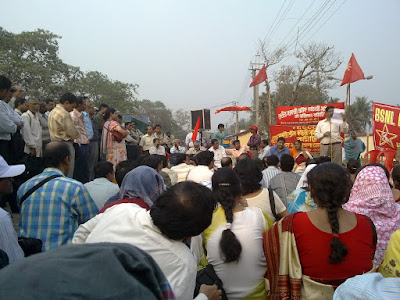 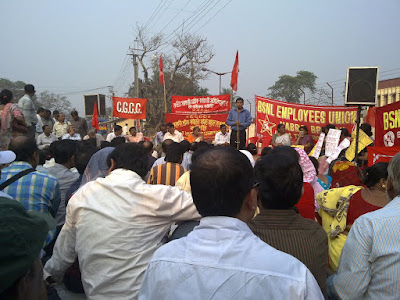 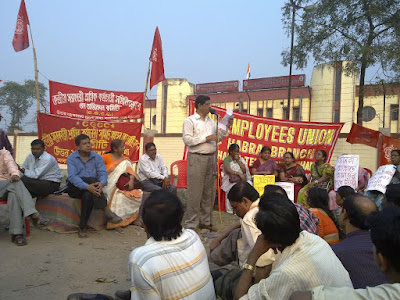 A DEPUTATION HAS BEEN SUBMITTED TODAY TO THE SUPDT. of POLICE, NORTH 24-PGS, DEMANDING ACTION AGAINST THE POLICE OFFICIALS INVOLVED IN LATHICHARGE ON POSTAL EMPLOYEES OF BARRACKPORE ON 9th FEBRUARY 2010.

A delegation of CGCC comprising of Comrades Tapan Dasgupta, Pijush Roy, Debajyoti Gupta, Rina Saha and Sandhya Das met Sri R.Srivastava, Supdt. of Police. The SP apologised for the illegal and indisciplined behaviour of his force, as the police force on that day, did not issue any notice or warning before lathicharge, as was required by Police Code.
SP further informed that the I.C., Titagarh P.S. is transferred to an insignificant post and in future, no further action will be taken except formalities. He also assured that his force will behave at par with the Govt policy of not interfering in democratic movements.
Now it is time for mounting pressure on the Departmental Administration to accept our demands of cancelling transfer orders issued by SSPOs, North Presy and get him transferred. The situation at the division is getting worsened day-by-day and all the work has been put almost to a halt due to inaction of the SSPOs. His presence is not in favour of smooth working in the division. The Circle Administration should immediately choose between a stalemate and healthy atmosphere shirking ego.
All our organisers are instructed to take adequate preparation for a larger movement now.
Posted by AIPEU Group 'C' WB Circle at 8:14 PM