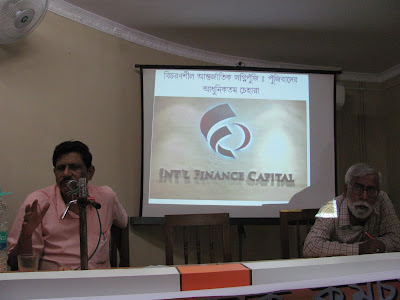 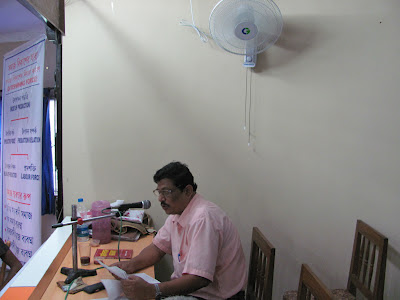 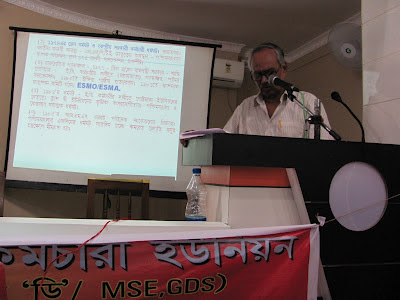 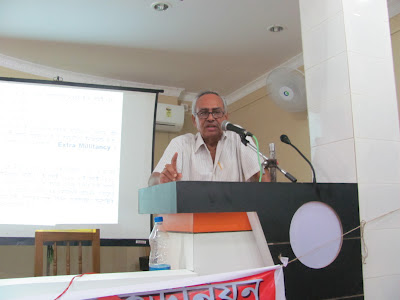 Circle Unions have jointly held office bearers committee meeting at Karmachari Bhavan, Barasat on 6th October, followed by Trade Union Class on the next day. The Circle Office Bearers Committee has elaborately reviewed the organisational situation, especially focusing on the joint movement with Circle FNPO regarding outsourcing and attack on establishment of Kolkata RMS. The Circle Zonal meetings held during this period have also been discussed. Discussion at length was on for preparation of 12th December All India Strike. The following schedule has been announced to hold joint general body meetings at divisional levels, where Circle Office Bearers will attend and address.

The Trade Union classes were organised at Barasat Press Club. Com. Tapan Dasgupta spoke on 'Samaj Bikasher Dhara' (The History of Evolution of Human Society) and Com. Shib Sankar Roy spoke on 'History of P&T organisation and Movements'. Both the classes were supported with multimedia presentations (Power Point presentations on slides). These classes were attended by Circle Office Bearers and selected comrades of Barasat Division. All the divisions in West Bengal Circle are requested to arrange these classes in consultation with Circle Union. Arrangement of projector and screen with a laptop is suggested as the multimedia presentation would make the subject more attractive and draw attention of our comrades more easily.
Posted by AIPEU Group 'C' WB Circle at 9:30 PM