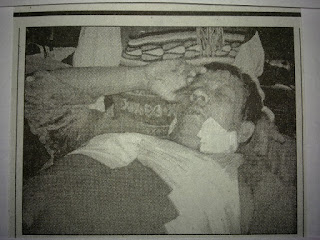 Comrade Mondal became a target of the Maoists for being our member and widely popular in the area for his service and integrity to our idealism. But he did not bother to bow down before the threat even in front of the warning to leave the locality or the idealism.

We do not have appropriate words to condemn the brutal murder and want to declare to these terrorists that the struggle for idealism cannot be strangulated by murders. History has witnessed a lot of killers, but they never said the last word.

LET US VOUCH TO PROPAGATE THE IDEALISM.