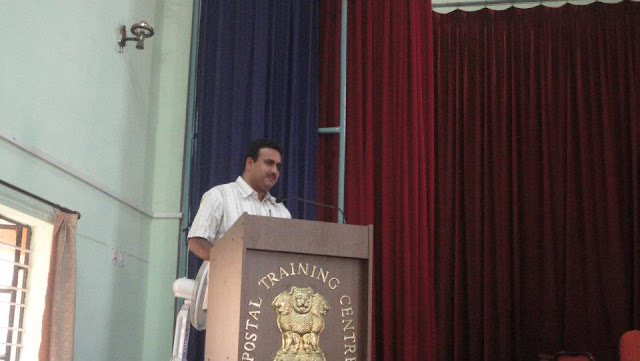 Comrade Goutam Roy, P.A., Kolkata GPO and former Assistant Secretary of Kolkata GPO, who was on deputation as an instructor, PTC Mysore now, died with his wife and daughter, Ushri,  today early in the morning on his way for a trip to Goa from Mysore. He was only 38.

Comrade Roy succeeded in IPO examination of the department few years back but chose not to join the IPO cadre. With his knowledge of rulings, he helped many of our comrades and the Branch and Circle Union on quite a few occasions. He contributed in preparing many proposals to the Gr-C CHQ and also interacted with Circle and All India Union frequently with queries and suggestions. He took prominent role in the movements of Kolkata GPO against the administrative attacks. Both his parents also were our comrades, staffs of North Presidency Division.

We do not have adequate words to express our condolence to the members of his family, to all his close acquaintances and comrades. Let us pay our respect to his memory by contributing our organisation and department.
Posted by AIPEU Group 'C' WB Circle at 12:22 PM