Rani Rashmoni Road has been flooded by Central Govt. Employees on 8th April’2015. A large no. of employees from Railway, Defence and other Central Govt. establishment took part in a sponteneous and encouraging rally held at Rani Rashmoni Road at the call of State Joint Council of Action. After a long time, employees of Railway and defence and other Central Govt. employees organized such an open rally in Kolkata. Timing (3PM) of the meeting was not helpful to Postal employees. But still, a large no of postal employees in Kolkata / North Hooghly / South Nadia was presented in the meeting. Organisors of DPLI, DAP, RMS / MMS / Yogayog Bhawan were also present.
Presidum with Com. Tapan Dasgupta, Com. Binod Sharma, Com. Saila Bhattacharjee, Com. Suvash Naha and Com. Sisir Majumdar presided over the meeting. Com. S. K. Brahma, convenor, State JCA started the meeting with his speech. He described attack of policies of Central Govt. on different section like Railway, Defence, Postal, Bank, LIC etc. and emphasized on united struggle of Central Govt. employees. Amongst other speakers were Com. Dipak Dasgupta, General Secretary, CITU, Ramen Pandey, INTUC, Com. Rabin Mukherjee, AITUC. Their deliberation were enthusiastic. They told clearly as like as previous occasions, in future movements their trade union will be with us. They also advised us to build up united struggle against privatization, outsourcing and contractarisation and also for the common interest of working class. Com. Pijush Roy, General Secretary. CGCC described that Central Govt. is in favour of capitalists / corparates not for the working class including Central Govt. employees. Hence Govt. is not ready to announce DA merger, grant of Interim relief. From the meeting a delegation met with honb’le Governor of West Bengal and handed over the charter of demands.
Finally, leadership made appeal before the meeting to take part at large in March to parliament on 28th April’2015. So, far we know there will be again huge gathering in Delhi on 28th.

WE ARE UNITED. WE ARE READY FOR ANY KIND OF STRUGGLE INCLUDING STRIKE. GET YOURSELF READY. FUTURE IS OURS. 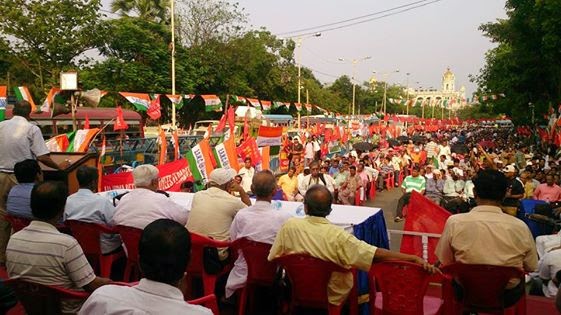 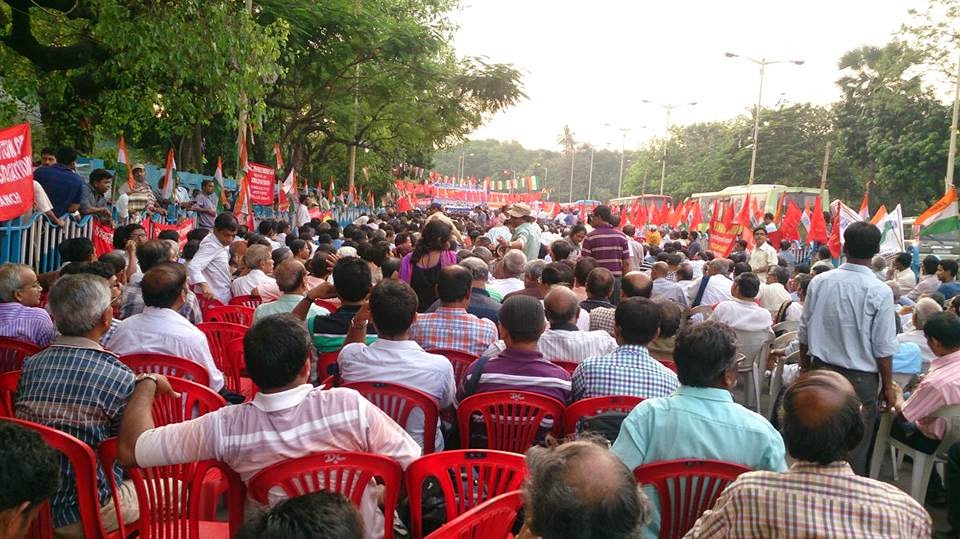